Tirgan Festival is proud to host this incredible series of four panel discussions on the history and evolution of intellectualism in Iran. The panellists—academic experts in the field who have been invited from all around the globe—will discuss the history of intellectualism, and its relationship with the social and political trajectory of modern Iran from the Qajar period to today. Each panel will have a different focus but situate its topics and themes within the overall context of the series.

Guests will be allowed to ask questions from the speakers at the end of each panel. Refreshments and lunch will also be provided throughout the day.

Please be informed that three of the 12 speakers on our panels at the Iranian Intellectuals conference (Mr. Rahmaninejad, Mr. Mottaghi and Mr. Paivandi) will be speaking in Persian, with no translator. The conference's chair, the moderators and all nine other panelists will be speaking in English. Brief written abstracts of all speeches (including the Persian ones) will be provided in English.

Chaired by Dr. Ramin Jahanbegloo
Mission Statement of the Chair:
Ever since the appearance of the notion of the “intellectual” in France in late 19th century, theorists and political activists in the West and the “Third World” countries have been preoccupied with attempting to define just what an intellectual is, or ought to be. Is an intellectual a detached observer, one who is free from the immediate concerns of life, and interested primarily in the pursuit of perennial truths, or is an intellectual one who very much engages with politics and society and necessarily challenges power –one who, in Edward Said's words, "is a spirit in opposition” and according to Jean-Paul Sartre “does not mind its own business”?At the crossroads between tradition and modernity in the modern history of Iran stand generations of intellectuals, diverse in their backgrounds and views, who struggled to mediate the transition from traditionalism to a modern mode of thinking. Yet for many decades the development of democratic ideas was held back by intellectual elites who surrendered their critical independence to the dogmas of ideologies such as Stalinism and Islamism. As a result, many among Iranian intellectuals became handmaidens of power rather than agents of the Iranian Enlightenment. That is the reason why the Iranian Revolution was not accompanied with an intrinsically critical nature among the Iranian intellectuals which would impel them to speak the truth to power. Actually, in 1978-79, when calls were made by revolutionaries for people to remove what they called “the representatives of the Pahlavi regime and Western imperialism”, and to return to their roots and their authentic culture, the so-called “progressive” intellectuals did not question the meaning of this political attitude. Instead, they joined forces with the clergy, since they themselves had perhaps inadvertently contributed to the rise of the revolution in Iran. The shock of the Revolution and the re-evaluation of political ideals have been part of a learning process that has generated a collective sense of responsibility among post-Revolutionary intellectuals in Iran and led them to opt for cultural dissent rather than ideological politics. Forty years after the Revolution, how can we evaluate the role of Iranian intellectuals in the history of Iranian modernity and in the process of the Iranian democratic debate? This question and many others are some of the key points which will be discussed in the one-day conference organized by Tirgan Festival on July 27, 2019.

Latecomers may not be admitted

$60 [Refreshments will be provided]

$85 [Lunch and refreshments will be provided]

This program is presented by: 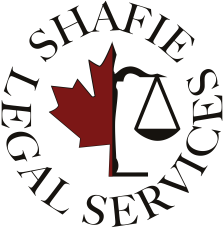 Please scroll down for the schedule.

Please note that the talks and panel discussions will be conducted in English.