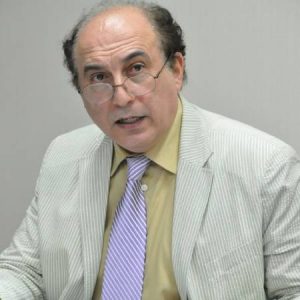 Farzin Vahdat is a sociologist working on conditions and notions of modernity and their applications to Iran, Islam and the Muslim world. He is the author of “God and Juggernaut: Iran’s Intellectual Encounter with Modernity” and “Islamic Ethos and the Specter of Modernity”, which were both published in June 2015. In the latter book, he analyses major elements of contemporary Muslim thought in relation to the modern world. Vahdat has just completed a book manuscript entitled “Cinema and Social Change in Iran”. He is also the author of numerous articles, some of which have been translated into different languages. Vahdat has taught at Tufts, Harvard, and Yale Universities, as well as Vassar College. He currently teaches sociology at Institute for Social Sciences and Humanities, an online university, for Persian speaking students.

Abstract:
Al-e Ahmad and the Discourse of Modernity in Iran
Jalal Al-e Ahmad is a controversial figure in contemporary Iranian intellectual history. Seen by some as one of the intellectual architects of 1979 revolution, Al-e Ahmad’s writings very much influenced Iranians state of mind in the second part of the 20th century. In his presentation, Farzin Vahdat will discuss Al-e Ahmad’s ideas on modernity in relation to Iran.