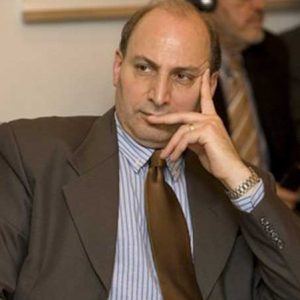 Ramin Jahanbegloo is a political philosopher. He is presently the Executive Director of the Mahatma Gandhi Centre for Nonviolence and Peace Studies and the Vice-Dean of the School of Law at Jindal Global University- Delhi, India.

He received his B.A. and M.A. in Philosophy, History and Political Science and later his Ph.D. in Philosophy from the Sorbonne University. In 1993 he taught at the Academy of Philosophy in Tehran. He has been a researcher at the French Institute for Iranian Studies and a fellow at the Center for Middle Eastern Studies at Harvard University. Ramin Jahanbegloo taught in the Department of Political Science at the University of Toronto from 1997-2001. He later served as the head of the Department of Contemporary Studies of the Cultural Research Centre in Tehran and, in 2006-07, was Rajni Kothari Professor of Democracy at the Centre for the Study of Developing Societies in New Delhi, India. In April 2006 Dr. Jahanbegloo was arrested in Tehran Airport charged with preparing a velvet revolution in Iran. He was placed in solitary confinement for four months and released on bail. He was an Associated Professor of Political Science and a Research Fellow in the Centre for Ethics at University of Toronto from 2008-2012 and an Associate Professor of Political Science at York University in Toronto from 2012 – 2015. He is also a member of the advisory board of PEN Canada. He is the winner of the Peace Prize from the United Nations Association in Spain (2009) for his extensive academic works in promoting dialogue between cultures and his advocacy for non-violence and more recently the winner of the Josep Palau i Fabre International Essay Prize.