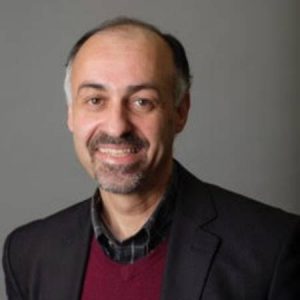 Mojtaba Mahdavi is the ECMC Chair in Islamic Studies and Professor of Political Science at the University of Alberta. He is the author and editor of numerous work on post-Islamism, contemporary social movements and democratization in the Middle East and North Africa, postrevolutionary Iran, and modern Islamic political thought. He is the co-editor of Towards the Dignity of Difference: Neither ‘End of History’ nor ‘Clash of Civilizations’ (2012) and the guest editor of Contemporary Social Movements in the Middle East and Beyond – Sociology of Islam (2014). Dr. Mahdavi is currently working on three book projects: The Myth of ‘Middle East Exceptionalism’: The Unfinished Project of MENA Social Movements; Towards a Progressive Post-Islamism: Neo-Shariati Discourse in Postrevolutionary Iran, and Rethinking China-Middle East Relations in the Age of Neoliberalism.
Dr. Mahdavi’s research lies at the intersection of critical Middle East Studies, Political Economy, Contemporary Islamic Studies and Decolonial/Postcolonial Studies. It is primarily driven by his interest in socio-structural changes in the life of ordinary people and discursive/intellectual transformations in the MENA/Muslim context.

Abstract:
Iran’s Three Generations of the Muslim Left: A Critique
This presentation is an attempt to critically examine the rise and legacy of three generations of the “left-leaning Muslim intellectuals/activists” in modern Iran. In the first section, it conceptualizes and problematizes epistemological and ontological foundations of this intellectual trend. It sheds light on the main intellectual features of Iran’s “Muslim Left”.

The second section traces the historical origins of the egalitarian Muslims in modern Iran from Mohammad Nakhshab’s Movement of the “Socialist Theists” to Ali Shariati’s trinity theory of “Freedom, Social Justice and Spirituality”, to the postrevolutionary Neo-Shariati’s “post-Islamist” discourse and its critique of religious and market fundamentalism. It briefly examines the genealogy of Iran’s Muslim Left.

The third section examines the most recent developments in the emerging discourse of Iran’s Muslim New Left: the neo-Shariati intellectual movement. It shows how post-revolutionary socio-political context has contributed to new thinking about conditions of possibility for the rise of Iran’s social democracy, and a post-Islamist and post- (neo)liberal position among the contemporary Muslim left leaning intellectuals. This section sheds light on the salient intellectual features of this “new” leftist trend about secular state, and religion & politics in contemporary Iran.

The conclusion underlines the promises and pitfalls, strengths and weakness of the new intellectual trend in contemporary Iran.