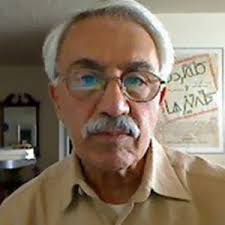 Nasser Rahmaninejad is a director and actor who began working in theatre in 1959. He founded the prestigious and influential Mehr Theatre Company (later renamed to Iran Theatre Association) in 1966, which he led until its government enforced closure in 1974, following which he was imprisoned by the Shah’s regime until the Iranian Revolution of 1979. Nevertheless, Mehr was home to many significant theatre artists in Iran, including Behzad Farahani, Mahmoud Dowlatabadi and Saeed Soltanpour. After the revolution, he resumed work at the Iran Theatre Association, and directed works by various playwrights, including Dario Fo and Bertolt Brecht, but was again persecuted and forced into exile. He previously lived and worked in France, and currently resides in California.

Following the Islamic Revolution of 1979, the dreams and ideal of establishing a modern society that could move along contemporary global lines of progress, and where equality would allow different tier of society to contribute to the country’s development in equal measure were diminished. The new authoritarians in power had begun work on eliminating the Iranian intellectual from the social scene before the Islamic Republic was even fully established. The intellectual was viewed as an obstacle to the establishment and the strengthening of a totally Islamic society, and its removal from society had been a goal of the Islamists since the Constitutional Revolution. The aim of this talk is to offer a brief summary of the Islamic Republic’s policies against different strata of intellectuals in Iran, and to dissect its totalitarian nature, and to consider the ways in which creation of art and discourse is possible in an environment of religious totalitarianism through formal and informal infrastructures of government.