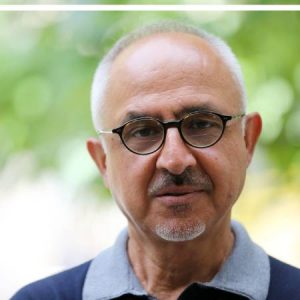 Distinguished historian Afshin Matin-Asgari specializes in 20th-century Middle East, modern Iran, and modern Islamic political and intellectual movements.
Dr. Matin-Asgari was born in Tehran, Iran, and moved to the U.S. after high school.
In 1993, Matin-Asgari received a doctoral degree in Middle East history from UCLA. His dissertation was published in 2001 as the book, Iranian Student Opposition to the Shah. At Cal State LA, he teaches courses in Middle East history, world history, Islam, and comparative religion. Matin-Asgari has published 20 articles and book chapters.

Abstract
In Search of Modern Iran’s Liberal Statesmen
Within the broad conference topic of “Iranian Intellectuals between Statesmanship and Dissent,” he proposes to probe the question of why modern Iran’s liberal tradition has been so weak that practically, i.e. in terms of significant presence in the political arena, it is almost non-existent. More specifically, he develops his argument in response to a recent scholarly trend that finds real or closet liberals in high-ranking Pahlavi era statesmen, going back to Taqizadeh and Forughi and continuing with Shadman and Hoveyda. His argument is twofold: First, he suggests that this revisionist trend erroneously conflates liberal ideals with liberal political practice. Second, he tries to show that even in terms of their intellectual makeup, men like Taqizadeh, Forughi, Shadman and Hoveyda hardly fit the liberal mold. He would also note that, with serious qualifications, Mosaddeq’s political career makes him the closest thing to Iran’s archetypical liberal statesman. Ironically, recent revisionist interest in Iranian liberalism tends to bypass Mosaddeq, finding instead its liberal icons in men like Forughi, Taqizadeh and Shadman.