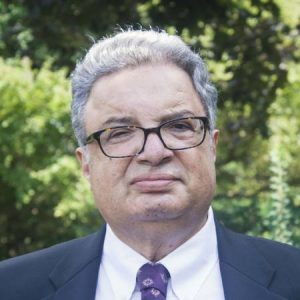 The interwar years were the period when the critical elements of Iranian nationalism were crafted, or more precisely it began but remained unfinished .  Important ideas on the nature of the modern Iranian State received articulation, while its self-image was established against “cultural others,” principally the threats of pan-Turkish (Ottoman) ideology. This book documents how the Iranian self-imaginary was partially formed in reaction to the racialized discourse of new Ottoman national identity.  I argue that an intellectual and political struggle occurred to write The Discovery of Iran, starting in the early 1900s and extending to the 1930s.  Important Iranian intellectuals who contributed to this struggle for national articulation were many, including the following: Hasan Taghizadeh, Mohammad Ali Foroughi, Ali Akbar Davar, Isa Sadegh, Ali Asghar Hekmat, Nosrat al-Dawlah Firouz, Mohamad-Taqi Bahar, Mohamad Mossadegh, Ahamd Kasravi and Shariʼat Sanglaji.  In this talk I will focus on Taghi Arani’s writings on Iranian social imaginary. I will argue that Arani’s thought was part of a far larger intellectual and political wave which also figures in the story of thinking about the modern Iran.  Each of these individuals contributed significantly in shaping the debates which generated the beginnings of The Discovery of Iran which was never completed and it is still an unfinished project.