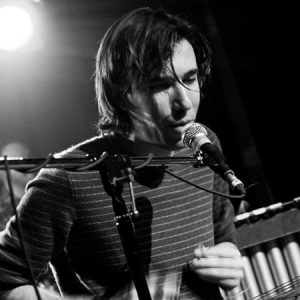 Sina Salimi is a Toronto-based singer-songwriter whose work is influenced by both his Iranian roots (mainly evident in his use of Persian poetry and also his own lyrics) and Western musicians such as Leonard Cohen, Tom Waits or Philip Glass. He always accompanies his songs with his santour (Iranian hammered dulcimer) which brings a unique character to his collaborations with bass and percussion. Other guest musicians on instruments such as guitar are also frequently featured in his live shows and recordings.