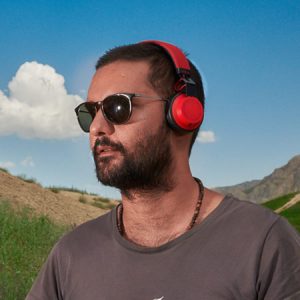 Mani Salehi found himself talented in a family where music was a very important element of their lifestyle. He started to play the piano when he was 7. Getting older as a teenager, he was passionate about discovering the music world and started to gain experience playing different musical instruments such as Guitar and Violin. Years later, he travelled to many countries in the world and played with different artists from Asian countries which motivated him to start playing Eastern musical instrument such as “oud” and “kamancheh”. Meanwhile, he established a music-recording studio using well-known DAWs and got involved in film scoring and sound designing for short and long films. He also was a music composer of a video game and lots of short video clips. Now, he is more inspired by fusion music when delicateness of the Eastern music meets the strength of the Western’s.