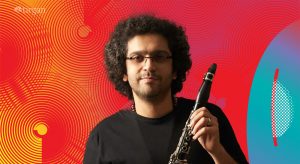 Ali Farbodnia was Influenced by his father’s artistic abilities and became interested in music. His childhood was spent discovering and learning the familiar and unfamiliar melodies that his father played on the flute. Then he learned to play the flute and music theory with Hamid Hadian, Ney with Alborz Fadaei, Radif with Maestro Mohammad Reza Lotfi. Neyanban (Bagpipe) with Reza Zare and is fully acquainted with the duduk clarinet and saxophone. He considers himself a lover of oriental music and immigrated to Turkey in 2021 with his wife and several musician friends and together formed “Kaplumband”.