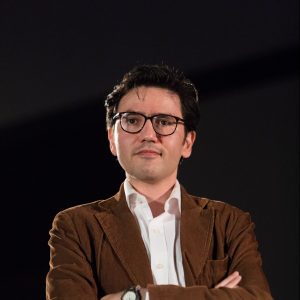 Ehsan Khoshbakht is a London-based, Iranian documentary filmmaker, film curator and writer.
He has directed short documentaries on subjects ranging from Duke Ellington in the Middle East to expressionist architecture and cinema. Architect by training, he has authored and edited numerous books on film. He is also the co-director of Il Cinema Ritrovato film festival in Bologna, Italy.