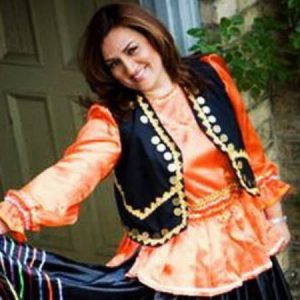 Sheila Nahrvar was born in Bandar Anazli/ Gilan, Iran. She graduated from International Shiraz University where she majored in English literature and linguistics. She received her comparative degree in Bachelor of Arts from University of Toronto and has been working as a Language Specialist in Toronto.  She received vocal training in Iran and Canada. Her passion for singing was supported by musical trainers such as Mrs. Ohanjanian and Anahit Koutsouzian. She has continued her singing journey under the instructions of Jennifer Tung from Royal Conservatory of Music in choir and solo singing.

As a vocalist, her devotion to language combined with music/singing has led her to perform folk music not only in Gilaki, but also in Persian, Spanish, English and Russian in a variety of cultural settings. Her efforts to introduce folk songs to Iranian and non-Iranian communities in North America have been presented through her live performances at the BBC Persian Channel, Tirgan Festival, Iranian National Choir and Orchestra, Rogers TV, Citizenship ceremonies and so on.