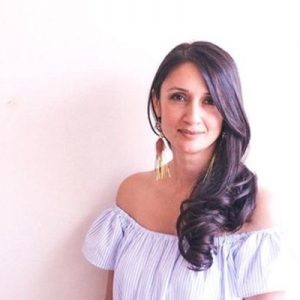 Shayma Saadat is a Canadian chef based in Toronto. She is also an internationally published food writer whose  work focuses on food, culture and identity (Globe and Mail, BBC, New York Times, CBC, Toronto Star, among  others). Born in Lahore, Pakistan, Shayma is a Pakistani-Afghan with Persian ancestry, who grew up all over the  world as the daughter of an international development banker. Shayma was most recently seen cooking on CTV’s  Your Morning, and has been invited to host culinary workshops and talks for clients all over Toronto, (LCBO,  George Brown College, Loblaw’s, University of Toronto, Evergreen Brick Works, among others). Shayma’s  cooking style is based on the scents and spices of the countries of her heritage, which she refers to as Silk Route  Cuisine — she loves to combine these flavours with the local bounty of her home in Canada. You can follow her  work on Instagram ​@SpiceSpoon​ and her eponymous website ​http://www.ShaymaSaadat.com​

Cooking Along the Silk Route

Cooking Along the Silk Route