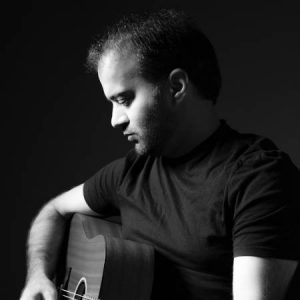 Shahab Baradaran is a guitarist, vocalist, songwriter, producer, and music educator. He studied Sound Recording and received a diploma in Arts Recording from Centennial College in 2008.
Baradaran released his first solo album “Maraa Daryaab” in 2009. In 2011 he released his second solo album “Say Nothing” which was based on Rumi’s poetry. In 2011 he also formed the Circle Band, a Toronto-based Persian music band, and they released their first album “Beyond the Sea” which was based on Sohrab Sepehri’s poetry, the same year. In 2015 Circle Band released their second album “My Enigma” and in 2016 they released their third album “Passage”. All the music composition and arrangement for his Solo albums and Circle Band albums is done by Baradaran.