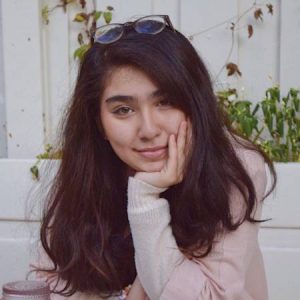 Parnian Pourzahed started learning music at the age of four and within a year received the Orff certification. She performed her first solo at the age of seven at Vahdat Concert Hall in Tehran and has been playing the piano and singing in choir ever since. Her collaborations with Orff Music Institute and Pars Music Institute led her to perform in the Opera of Mani and Mana and operettas for the occasion of Children’s International Day. For several years, she worked with Master Loris Tjeknavorian, Sayeh Sodeyfi and Mohammad Aghebati. She won the second place of Pop-Jazz Singing at the International Contest-Festival of Young Musician-Performers “Renaissance” in Gyumri Armenia. She passed different vocal master classes as well as taking theatre courses at Shahid Mahdavi Educational Complex – International Baccalaureate -and won the Best Student Acting Awards in Tehran for three consecutive years. She also performed in Iran Philharmonic Choir for 3 years before she emigrated from Iran to Canada at the age of sixteen. Pourzad has continued her musical career in Toronto. She is in the music program of the Alexander MacKenzie High School and has performed in the school edition of musical “Les Miserables” at Richmond Hill Center for Performing Arts. She collaborated with Kamal Taravati at Nava Nowruz Festival and is a member of Mackenzie Singers choir. Her performance in Toronto Kiwanis Music Festival won her a second place. Pourzad will be graduating high school later this year and is grateful for her parents and teachers’ love and support.