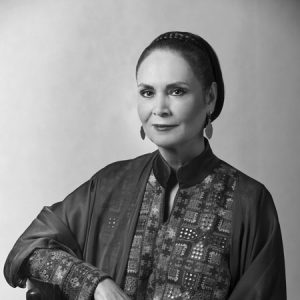 Parissa is known for her extraordinary vocal ability and style, as well as for being the most prominent and influential Iranian female classical singer in the past fifty years. She studied vocal Persian music and the repertoires of radif and old tasnifs with Abdollah Davami and Mahmoud Karimi, the two most celebrated masters of Persian vocal music. Parissa worked for Iran’s National Radio and Television Broadcasting and the Ministry of Culture for several years. After the 1979
revolution, she was no longer allowed to perform in public in Iran, and over the past 40 years, her international profile has expanded with performances at festivals and concerts around the world, as well as teaching in academic institutions such as UCLA and UCSD.