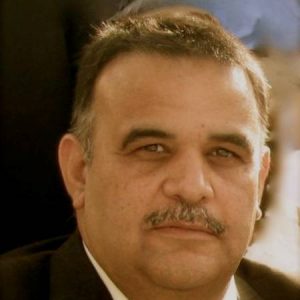 Mehran Rad is an author and poet born in Kerman, Iran in 1963. His first published work was a research project on folklore poems and the Kermani dialect, and this book was republished in Kerman over 5 times. Since then, he has published various works consisting of short stories, translations, poetry, and novels in Kerman (Iran), Tehran (Iran), Cologne (Germany), and Canada.  After immigrating to Canada in 1998, his main area of research has been in Persian literature with a particular focus on Hafiz.

In addition to his published works, Mehran hosts weekly Persian literature lectures for members of the community. These lectures have created an established literary circle  (Ghalamrov Adab) which has continued for over 18  years in Waterloo, Ottawa, and to a certain extent in Montreal. Through these lectures, Mehran has written and published several articles relating to persian literature, in particular classical persian literary works. Mehran has also been active within his community as a Persian language teacher for children and adults, a podcast host, and a radio program host in literature.Mehran also works as a cabinet maker and carpenter. He lives with his wife in Ottawa and they have one daughter.

Videos from Mehran’s weekly Persian literature lectures can be found at the following link:

The World Is More Colourful With Persian Podcast

The World Is More Colourful With Persian Podcast