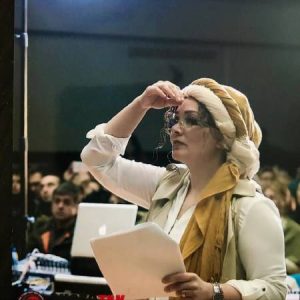 Born on September 14th, 1969 in Abadan, Iran, Ladan Rezajouei is well known as an actress, puppeteer, television host, choreographer, photographer, and costume designer. Through the expand of 31 years of her professional career in Iran; she is famously known as for staring as ” Khanom Bahar “(Ms. Spring ) in the beloved kids’ TV program ” Shahre Bastaniha ” (Icecreamland). She received her BFA degree in Acting and Directing from Azad University in Tehran . After immigrating to Canada, she continued a similar path as an event planner and choreographer at the Toronto Farsi School since.