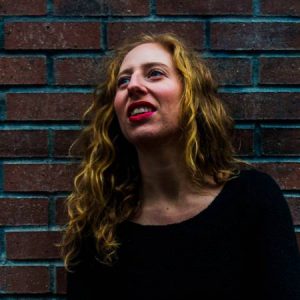 Raised in a musical family, Jessica Hana Deutsch began playing the violin at the age of three and studied with Mark Skazinetsky, the associate concertmaster of the Toronto Symphony Orchestra. She was a three-time national finalist at the Canadian Music Competition and performed the Bruch Concerto with the Huronia Symphony at the age of 13.  At the age of 19, she began to branch out and quickly took to a wide variety of styles. She studied jazz at Humber College, and in 2012, she founded the group Ozere, performing her own compositions. Her second album, produced by Juno Award-winning producer David Travers-Smith, was nominated for a Canadian Folk Music Award in 2016. Her third album with Ozere is slated to be released Winter 2019. She is a busy performer, recording artist and arranger, working with diverse artists such as Tamar Ilana and Ventanas, the Great Lake Swimmers, Sarah Slean, the Canadian Arabic Orchestra, Aline Morales, the Lemon Bucket Orkestra, Jayme Stone, Beyond the Pale, Cris Derksen and more. Jessica is currently performing with the hit Canadian Musical “Come From Away”.