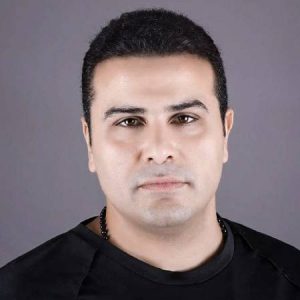 As a full-time musician, composer, songwriter, lyricist, music instructor, guitar player, and vocalist, Behnam has been actively making and performing music in Iran and Canada for many years, and has been a member of many bands such as “Neemeha”, “The Collide Project”, and “Captive Grooves”. He learned playing piano and guitar since elementary school age, and continued learning more about all aspects of music both academically during his music major program in university, and on his own, letting him explore and master many other instruments, such as Setar, various types of drums & percussions, as well as every style of guitar including electronic and bass.