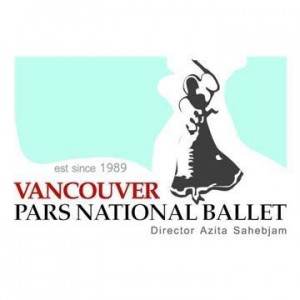 Pars National Ballet was founded in 1966 by Abdollah Nazemi in Tehran, Iran. Mr. Nazemi began his dance career in 1954 with the Iranian National Academy of Ballet. His instructors were William Dollar and Ivon Patterson from the American Ballet Theatre and Anna Cox and Sandra Zolan from the Royal Ballet in London. After the Iranian revolution, dance was no longer permitted in Iran, forcing many to leave their homeland to continue their work in the arts. Mr. Nazemi re-established his company in Los Angeles and toured throughout Asia, Europe and North America. His passion for dance and preservation of Iranian folk dances was passed down to his many students, one of whom started their own chapter in Canada. Azita Sahebjam began her dance career in Tehran at Pars National Ballet, under the direction of Mr. Nazemi and the company’s many instructors and she immigrated to Vancouver, Canada in the late 1980s and immediately felt the need to continue in her master’s footsteps in preserving Iranian culture through dance. Vancouver Pars National Ballet (VPNB) was established in 1989 in North Vancouver, where classical ballet was used as the foundational skills in learning Iranian folk and traditional dances.