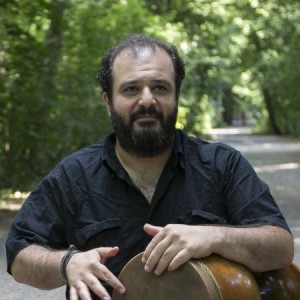 One of the world’s foremost Iranian tombak players, Pedram Khavarzamini started to learn tombak alongside masters Kamyar Mohabbat and Bahman Rajabi. As a talented student, he performed in a concert with Bahman Rajabi – a duet for tombak. Khavarzamini founded his own percussion tombak group, named VARASHAN. In a mutual project with Hamid Ghambary, he released his album KOOTAH, with compositions by himself for tombak and Persian percussion produced in Iran and Europe. He moved to Canada in 2014.