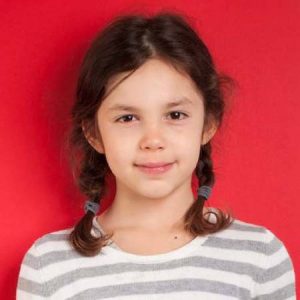 Nika Nodjoumi, big sister to fellow cast member Luca Nodjoumi, is a New York City-born German/Iranian actress and sixth grader who has appeared in several school productions as well as in some corporate film work. Nika is based in Brooklyn, plays mean soccer and an even meaner piano and will be receiving her high school diploma from the German School Brooklyn in about 7 years.