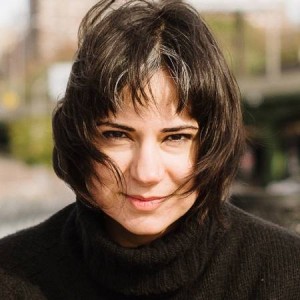 Mehrnoush Alia is a filmmaker and theatre producer working between New York and Tehran. She received her MFA in Film with Honours from Columbia University, and her BA from UC Berkeley in Film Studies and Comparative Literature. During her undergraduate studies, Alia worked in film distribution and exhibition at Berkeley Art Museum and Pacific Film Archive. In New York, she worked closely with the Director of Acquisitions at Magnolia Pictures. She also trained with Michael Hausman during the production of Downtown Express (Amadeus and Gangs of New York).
Alia has produced over a dozen short films, one feature film, and two of Mohammad Aghebati’s plays. Her directorial debut Scheherazade won several awards and screened at over twenty film festivals. She is the co-founder of Maaa Film, a production company that utilizes the cinematic language to bring stories of Iran and Iranian immigrants to the world. She is currently writing and producing one interactive and two feature documentaries. Alia’s directorial debut is slated to shoot in Tehran in Spring 2019.