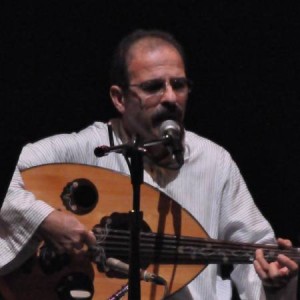 Born in Upper Galilee, Israel, Bassam Bishara started his musical education at the Robin Conservatory in Haifa and graduated from the music department of the Hebrew University. Bishara taught Middle Eastern music at the Music Academy in Jerusalem, and has performed internationally as a soloist receiving several awards including the “Award of Honour” for his achievements linking traditional Arabic music and the music of the West, the “Jerusalem Encouragement Award” for his contribution to the revival of cultural heritage and the “Arab Women Association Award” (London, England) for his role reconstructing classical and traditional Arabic repertoires. Bishara moved to Canada in 2001.