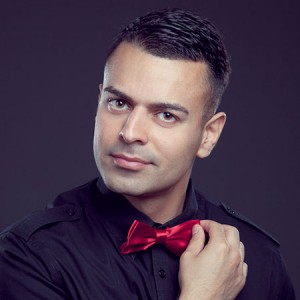 Reza Peyk is a stand-up comedian who started working on his craft in the summer of 2003 out of his hometown of Vancouver, BC. Since then he has played many notable venues across Canada and the US, some of which include the House of Blues in Las Vegas, NV, Laugh Factory in Hollywood, CA, Panasonic theatre in Toronto, ON and the Vogue Theatre in Vancouver, BC. He’s been featured on a number of television and radio stations within Canada including CBC news, CBC radio, Breakfast Television and many publications including the cover of the Province Entertainment.

Today, Reza continues to work on his craft to bring the best version of himself and his comedy to his audience. Reza draws a lot of his comedy from his family, his upbringing and personal experiences along the way. His topics include a variety of subjects, from immigrating to Canada as a teenager to working in the corporate world and more.