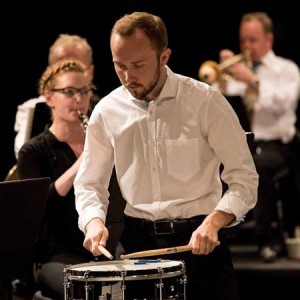 Born in Gothenburg, Sweden, Rasmus Osbeck is studying in the second year of the classical bachelor’s degree course at the Academy of Music and Drama in Gothenburg. He has also studied at Ljungkile Folkhögskola music school for two years. He has spent a large part of his career playing in a percussion orchestra in Gothenburg called GOT Motion. Among other shows, they performed at the ceremony of the Polar Prize in 2015. This year he has been a solo player with Gothenburg Wind Orchestra in a project called ‘Rising Stars’.