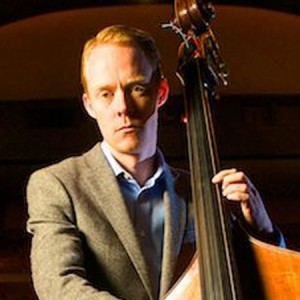 An accomplished double bassist and composer/arranger, Michael Rush has established himself as a versatile and in-demand musician competent in Jazz, Blues, Salsa, Rock and Folk music. Having performed in Europe and across the United States and Canada, he has brought his expertise and skills to dozens of internationally acclaimed albums. He studied in New York with bassists Joe Martin (Jane Monheit) and Scott Colley (Herbie Hancock) as well as Drew Gress and Matt Brewer. Since then he has gone on to play with an impressive cast of musicians both locally and internationally. He has performed or recorded with Dan Brubeck (the son of jazz musician Dave Brubeck), Randy Porter, David Valdez, Tom Beckham, Mike Allen, Brad Turner, The Jillian Lebeck Trio, The Bruno Hubert Trio, and The Miles Black Trio, as well as with his own projects such as Michael Rush and the Four Hornsmen and Queso Blanco, which was nominated for a CBC Galaxie Rising Star Award in 2009.