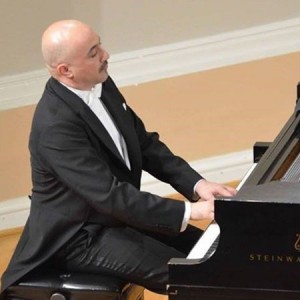 Hooman Khalatbari is the ensemble leader, playing the piano. He graduated with a bachelor’s degree in setar (an Iranian instrument) from Iran’s Art University. He has been awarded two master’s degrees on Chorale Conducting and Orchestral Conducting in Graz, Austria.

He worked with the classical festival “Schloss Kirchstetten” (Austria) as a director, The Prague Metropolitan Orchestra as the principal conductor in Czech, honorary conductor on the Vituosi Brunenses in Czech, Opera Graz as a conductor, piano soloist, chamber musician, accompanist, and coordinator in several cities in Europe, the USA, Canada, and Asia