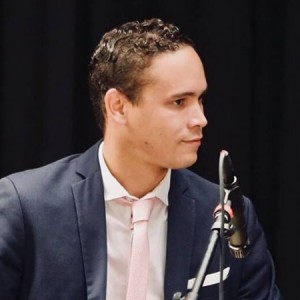 Born in Havana, Cuba, Hanser began his musical studies at the age of six. By the age of sixteen, he played professionally as a timpanist for the Sinfónica Juvenil of Amadeo Roldán Conservatory, performing in the most prestigious theatres and festivals of classical music in Cuba. After graduating from Amadeo Roldán Music Conservatory in 2007, he began to explore different styles of music, leading to collaborations with various Cuban artists and students from the Berklee College of Music. International collaborations include Lisa Nordström (Sweden) and La Fura dels Baus (Spain) to name a few. During the same year, he began touring throughout Cuba, Colombia and Canada with the Opera de La Calle. While participating in the Festival Internacional del Tambor (Cuba) in 2012, he won first place in the bata drums category. Since 2014, he resides in Montreal, Canada, performing with various flamenco, Latin music and jazz artists. In recent years, he had the pleasure to perform in the Montreal International Jazz Festival, Just for Laughs, Pop Montreal, Nuits d’Afrique and the Festival de Flamenco de Montreal.