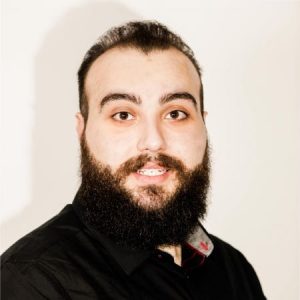 Danial Motaharzadeh is currently completing his theatre studies at the York University. He is also undergoing training for film and TV acting at Armstrong Acting Studios. He is known for his role as Bartley McCormick in the play “Cripple of Inishmaan”, and for his portrayal of Mercutio in “Romeo and Juliet”. Daniel also has a love for the production aspect of theatre. Having experiences as stage crew for the play “Sleeping in an Empty Cup”, light crew for York University’s production of “The Birds”, and also costuming in for the play “Cloud Nine”, he has recently been working as an assistant director for plays such as “Chekhovnameh”, “Body of Women as a Battlefield in the Bosnian War”, and “The Name” for 2000FeetUp Theatre Company.