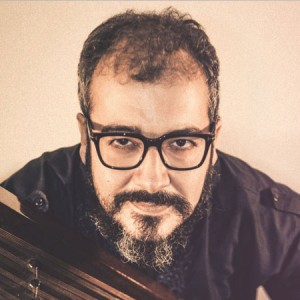 Amir Amiri was born in Tehran, Iran, where much of his youth was spent studying the santur. He also studied Indian classical music with some of the masters, including Ravi Shankar and Nusrat Fateh Ali Khan. While he is classically trained, Amiri has always sought to explore the limits of his music, stretching beyond the constraints of classical thought. Arriving in Canada in 1996, Amiri found the ability to do just that and while exploring the limits of his music, he found that there are none.

Amiri has worked extensively as a percussionist, composer, musical director and consultant for numerous Canadian dance and theatre companies. He has composed and performed orchestral works for santur and various instrumentation, has self-produced his own concert series called “The Tehran Project” and has considerable experience in film and TV. In 2003, Amiri was awarded Artist of the Year from CBC Galaxie Rising Stars. In 2008, he won “Outstanding Sound Design” at the Betty Mitchell Awards for the production of “Helen’s Necklace”.