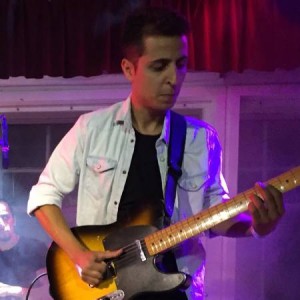 Amir Alav is a respected guitarist within the Iranian community who has been a session musician/producer for over a decade. He later made a break by doing guitar covers of popular artists on YouTube. Having performed with many established Iranian artists he became a permanent band member of King Raam back in 2014. Since then he has gone on tours to the US, Europe, and Canada several times. Alav will be joining Ali Azimi for his performance in Tirgan Nowruz Festival.