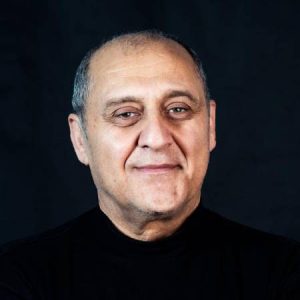 Credits include an acclaimed adaptation of Macbeth (Buddies in Bad Times Theatre, 1995); The Chairs (Artword Theatre, 2001); Stories from the Rains of Love and Death(Artword Theatre, 2003); The Sheep and the Whale by Ahmed Ghazali, translated by Bobby Theodore (Cahoots Theatre Projects and Theatre Passe Muraille, 2007); Waiting for Godot (Young Centre for the Performing Arts, 2008); Hallaj (Buddies in Bad Times, 2011); Blood Wedding (Buddies, 2015); The Death of the King (The Theatre Centre, 2016).

His work with the most longevity is a co-translation/adaptation with Brian Quirt of the Persian fable, Aurash (Theatre Passe Muraille, 1998). He has since directed international productions of Aurash in the Spanish language (Havana, Cuba, 1999, and La Casa del Teatro Nacional Bogota, Colombia, 2010); in Iran (Fadjr International Theatre Festival, 2002); and in the Serbian-Croatian language (Mostar, Bosnia-Herzegovina, 2009). In 2010, he directed a new production of Aurash for Toronto audiences at the Young Centre for the Performing Arts, to critical acclaim.

Parsa remains a strong advocate of social action through theatre, as exemplified by his company’s foundations in outreach and borderless collaboration. He has introduced many important Iranian plays to Canadian audiences and directed their English-language premieres. A collection of these was published by Playwrights Canada Press in 2008.

In 2007 and in 2010, he was short-listed for the Siminovitch Prize in Theatre for his work as a director. The jury noted, “A collaborative artist to the core, Soheil’s strong imagery set amongst a landscape of poetically engaging text is incredibly potent.”